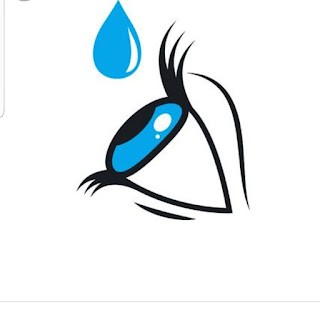 Visual snow syndrome is a rare, but under diagnosed neurological condition where parts or the entire visual field resembles a TV test pattern of flickering black/grey or white dots or otherwise stated, the dots of a detuned analogue TV. Visual snow is also known as persistent positive visual phenomenon, visual static or aeropsia.  The onset of symptoms come in early or middle adulthood and it appears the pathology is in the brain it

A. The visual disturbance persists for more than three months
B.  There are additional visual symptoms such as:
1. Pilinopsia (persistent visual images and/or trailing images after a stimulus is removed
2. Entropic phenomena (excessive floaters, uncountable grey/black/white dots
over the entire visual field of both eyes when looking a homogeneous bright surfaces),
colored waves or clouds that are perceived when the eyes are closed and halos
3. Diplopia (double vision)
4. Photopia (bright flashing lights
5. Photophobia (sensitivity to light)
C.  Non-visual symptoms such as:
1. Tinnitus (ringing, humming or buzzing sounds)
2. Depersonalization (detached feelings)
3. Frequent brain fog, migraines, feelings of confusion
4. Anxiety
5. Depression
6. Sleep disorders
7. Dizziness ( with or without nausea)
8. Paresthesia (tingling or burning sensations in the extremities)
9. Referred pain throughout the body

The cause of Visual snow syndrome is unknown, but it appears to be neurological and involves the brain directly. It may also be a combination of genetic and environmental factors. There is little known regarding which gene(s)
may play a part in this phenomenon, so genetic research will continue.

There is no current treatment for this syndrome. If you have the symptoms of Visual snow syndrome,
please contact your physician he/she will refer you to a neurologist.
Posted by Deborah Mullan/A Creative Living Professional at 9:40 AM

Rest in peace  Justice Ruth Bader Ginsburg...You were, by your word and deed, an over comer, and an amazing human being... wife, mother, an... 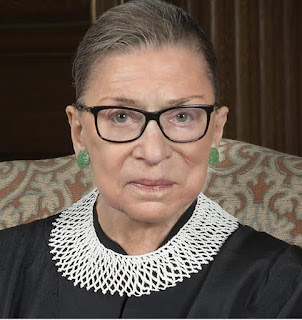